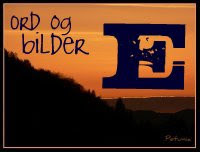 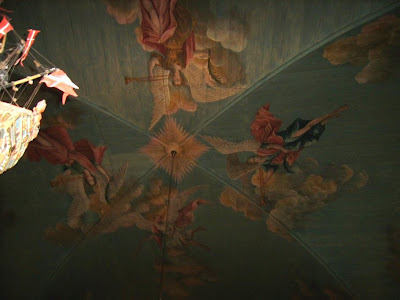 The first weeks of the ABC challenge the words also had the same letter in English. This week my word is not right in English,the Norwegian ENGEL is Angel in English.
In my childhood’s church , Dypvåg church, there was many ANGELS in the ceiling. When I was back visiting that church some years ago I found out something strange. In the ceiling there was painted four big angels, and around there were clouds. But that is not what I remember – in my childhood’s church there was many small  angels among the cloudes! They must only have been visible for children’s eyes...... 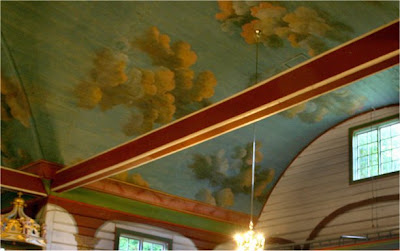 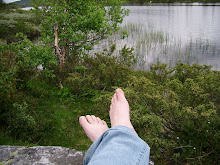 From Psalm 23
The LORD is my shepherd, I shall not be in want.
He makes me lie down in green pastures,
he leads me beside quiet waters,
he restores my soul.

Marit Johanne
Jeg er 67 år og har vært gift med min kjære i 45 år. Mor til tre voksne gutter. Jeg er glad i å strikke, sy, quilte og litt brodering. I am 67 years old and live in Norway. I have been married to my dear husband for 45 years and I am mother to 3 grown up sons. I love to knit, sew and quilt, and some embroidery.

Visit also my blog "Memories from my childhood's island